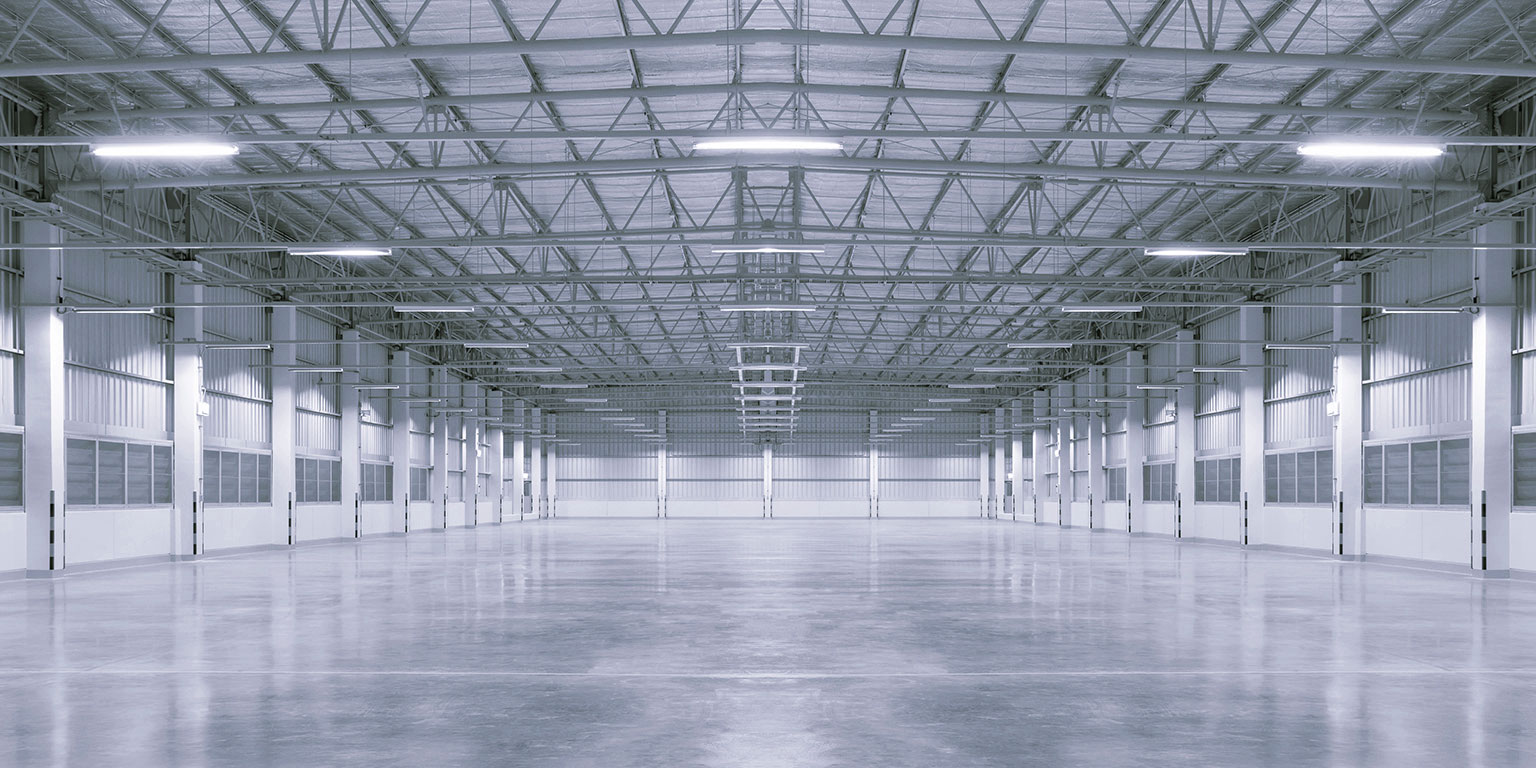 Concrete Measurement: Why the Numbers Matter

Metrology is the science of measurement.

Derived from the Greek words metron, meaning “measure”, and –ology, meaning “the study of”, metrology is a fundamental component comprising all that we’ve been, where we are today, and that which will subsist going forward. Measurement is, in all aspects, a language that extends across all others—used to convey quantity, size, speed and time.

Added to this definition of metrology are the words “embracing both experimental and theoretical determinations at any level of uncertainty in any field of science and technology. Measurement science is not, however, purely the preserve of scientists. It is something of vital importance to us all. The intricate but invisible network of services, suppliers and communications upon which we are all dependent rely on metrology for their efficient and reliable operation. For example: the economic success of nations depends upon the ability to manufacture and trade precisely made and tested products and components.” (The International Bureau of Weights and Measures, What is Metrology?)

We use measurement every day. It provides us with functional information from which we derive knowledge, understanding and foresight. Its presence alone has become essential in modern life. When we obtain one or more measurements for a process or task, we automatically achieve an elementary understanding of it. Even though this information may not seem relevant to us, it provides us an inexplicable reassurance. We are often afraid of things we do not understand. Once something is measured, however, we can deduct information and gain knowledge—and with knowledge comes power.

Units of measurement are universal and not dependent on one’s native language. When it comes to measurement in a particular field, it is absolutely essential that we speak the same language. For example, maximum efficiency in production—consequential of the tools we use each day—relies heavily on accurate measurements. Consider the internal combustion engine or microprocessors for artificial heart valves; in these cases and others, the reliability and lifetime of products depends upon manufacturing tolerances of micrometers/micro-inches, and sometimes even less.

Since early man began measuring things for his own purpose, there have been many attempts (successful or otherwise) to standardize. We’ve developed many unambiguous ways of measuring length, from cubits to barleycorns; today, we have the inch, the foot, the yard and the mile—all derived from US customary units. With very few exceptions, nearly every aspect of our lives is touched by the US customary system today.

The lack of a standardized system of measurements in the past was a source of constant error and even fraud in commercial and social transactions. It wasn’t until great expansion in both industry and trade that measurement standards were forced into adoption. One thing, however, has remained constant: for a standard to be used, it must be accurate. In the history of the concrete industry and many other industries alike, limited standards have resulted in measurement necessarily dependent on estimates and judgment calls that were sometimes widely off mark, even when made in good faith. Standard metrics intended to enable comparisons between companies were not always the most accurate way to judge the value of a particular company. This is especially the case for innovative companies in fast-moving economies—giving rise to unofficial measures that come with their own problems. Other examples of inaccuracy or inability to standardize measurements have contributed to lackluster accountability and unsatisfactory performance.

In the USA, industries such as aerospace, automotive, and computing are worth hundreds of billions of dollars. The performance and perceived quality of products or services manufactured by these industries has had a direct influence on their commercial success. These factors have been controlled by how well products have been made or services have been rendered. As is the case in any industry, there is a constant awareness to improve both while companies seek to out-class their competition and capture market share. This competition, along with the perception that cutting costs through shortcuts (which lead to errors in process), have forced the decline of engineering tolerances as a whole. Consistent evolution in precision measurement (metrology)—together with the introduction of new measurement technologies (ironically only possible due to the former)—have allowed these tolerances to continually fall without much speculation. Consider concrete finishing: the performance of concrete finish will continue to improve over time due to modern technologies and advanced science—despite errors in the process due to value engineering.

A classic example of how precision metrology is linked to quality and commercial success is found in the forces required to open car doors manufactured in the USA vs. Japanese markets. In the 1980s, the force required to open a door of US and Japanese cars differed by a factor of three. The origin of the difference was that Japanese car doors had a tolerance of 1mm on their door and door assemblies, and were easier to open than their American counterpart who used a tolerance of 1/8 of an inch (3.175mm). The ease of opening the door is an important aspect in the perceived quality of the product as a whole—which is directly related to the precision of manufacture. This detail alone led to sizeable economic consequences for the US motor industry.

In 1989, United Airlines flight 232 crash-landed at Sioux City airport, Iowa, with a loss of great magnitude—110 of its 285 passengers aboard were fatally injured. The Douglas DC-10 aircraft suffered a failure of its number two engine, which destroyed all three hydraulic systems. With no controls working except thrust levers for the two remaining engines, the aircraft broke into segments when attempting an emergency landing. The catastrophic failure of the engine was a result of a surface imperfection in the turbine fan disk that was judged to be smaller than a simple grain of sand. This imperfection was the result of an error in manufacturing and overlooked by many a quality control measures.

Macro and micro measurement involves the assignment of specific numbers to different aspects and features, making said measurements instantly comparable with other measurements. If this variance happens to be the size of a football, then ultimately price will be affected. However, the significance in a measurement variance is often understated and easily overlooked until something catastrophic occurs as we saw from the above example.

Measurement is the root of research and examination in the field of concrete surface metrology. It is the act of standardization that gives cause for measurement to be conducted. The topic often materializing is that of surface texture—specifically the unequivocal quantification of surface texture features with software to easily calculate surface texture parameters and create a numerical assignment of the translated finish.

Traditionally, surface metrology in other industries has been interpreted according to its strong association with other disciplines—such as control of machine (process speed), quality of tools/abrasives, and the manufacturing processes. Sound familiar? The same disciplines and processes, almost exactly, can be compared to the concrete industry. Who manufactures the most superior tools to produce the specified finish? If we measure the result, we can confidently predict the outcome with certainty. Who manufactures the most superior machine to process these newly awarded tools in which we have selected? We will measure. Concrete surfaces shall be produced to appear artistic but finished with measured and prescriptive processes.

What causes surface texture? Every surface, even though it may appear smooth to the human eye, has some form of texture structure that takes the form of a series of peaks and valleys. Examination under a magnifying instrument will reveal this complex structure of peaks and valleys that vary in height and spacing and make up of a particular surface texture. Examining this texture has a very practical significance. Surface texture has properties that are a result of the way the surface was produced (e.g. cutting tools produce uniform spacing with defined directions (vertical milling) while grinding produces random spacing), as well as other factors such as crystal structure and curing/densifying agents on the surface. Yes, even chemicals and their reactions can be positively measured as they, too, have a direct effect in not only the texture produced but also the potential of texture retained. These factors combined make up the characteristics of a surface profile and affect the performance, quality, and service life of the product at hand. If we could control surface texture then we could control these aspects of a product. In order to attempt this, we must quantify it by measuring it first.

Measuring the surface texture during the process allows the finished product to be improved by controlling and optimizing the process. This control of surface texture has been utilized in the automotive industry for many years and has allowed the reduction of “break-in” periods for engines with increased fuel efficiency and lower emissions. Of course, this has not just benefited the automotive industry—everything from prosthetic hip joints to hard disk drives and even dentistry have seen improved performance from the control of surface texture. Measuring at the end of the process will reveal a prescriptive program for maintenance of the produced finish and contribute to overall improved quality preserved over time.

In the end, everything done to concrete affects its surface texture and can be measured—from how it’s used to how it’s maintained. Even at onset, concrete is measured at the macro level (floor flatness/floor levelness, Ff/Fl). While there is still enormous growth to be achieved at the micro level (surface texture, Ra), we can certainly all work to acquire a better understanding of measurement and its implications and, by default, become powerful purveyors of change within a dynamic industry.